The EEI Fall National Key Accounts Workshop was exceptional, as always! There were a lot of key takeaways from last week’s conference. Here are some of our favorites.

Edison Electric Institute’s (EEI) Fall National Key Accounts Workshop was held at the Cosmopolitan in Vegas. Our CEO Glen Schrank, CTO Keith Gipson, and other top representatives were in attendance.

A recurring theme over the 4-day event was a look at how Nevada is achieving its energy sustainability commitment. Nevada has a long-term goal to rely 100% on renewable energy sources. They are on track to shut down their last coal generation plant soon and have been steadily bringing down energy consumption for their residents. In fact, over the last decade, Nevada has brought down energy consumption 15%, the highest decrease in the nation. 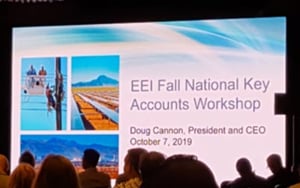 In “The Future of the City of Las Vegas is Now” workshop, Doug Cannon, President and CEO of utility provider NV Energy, talked about a communications shift in the industry. He explained that utility companies are listening more to their customers and responding, rather than just telling their customers what they need to do.

Doug said that NV Energy is working to evolve the energy industry by being a liaison between the customer and energy regulators. 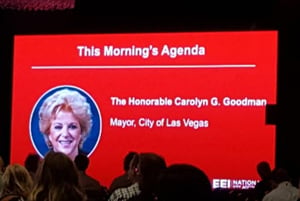 She said that when people think of Las Vegas, “consumption” comes to mind and not “sustainability." Katarina says Sands Corp. is focused on energy, water, and waste issues.

Katarina then outlined several myths people have about Vegas.

Katarina went on to outline other sustainability responsibilities Sands takes on, including:

Using Technology to Reduce Energy Use 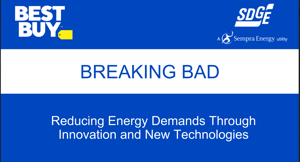 Scott Savre, Best Buy’s Director of US Properties, was one of the presenters during the workshop on “Reducing the Energy Demands Through Innovation and New Technologies”.

Scott talked about the huge energy load Best Buy has to contend with, which can be 20% or more than other retailers. He explained that this is because all of their demo appliances, such as refrigerators, computers, televisions, phones, etc. need to be powered on all day. And those same demos need to be powered on at night as well as that is when firmware updates occur.

Scott also talked at length about how monitoring energy data across their locations dramatically improves their ability to manage energy use. As an example, he offered that you can determine if a building control or HVAC system is malfunctioning by readily having access to your facilities' energy data. (You can read more about this concept in our blog Costs Savings and Innovation Revealed Using Big Data.)

Steve Rosenstock, Senior Manager of Customer Technical Solutions at EEI, presented on the workshop: “Impacts that New Federal and State Laws and Regulations May Have on Your Energy Operations”.

Steve presented a summary of:

There was an exciting panel discussion on “Tackling the Challenges of Extreme Weather” with representatives from Cox Communications, Walmart, Southern Company, and EEI.

The overall theme was “be prepared,” and that good communication with retail staff and utility companies is critical. 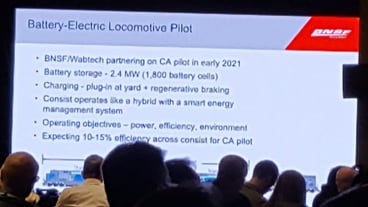 The general sessions ended with a customer keynote by BNSF Railway’s VP of Environment, John Lovenburg, presenting “Electric Innovation in the Rail Industry”.

John shared how BNSF is moving forward with Freight Electrification, in a Battery-Electric Locomotive Pilot program in the state of California.

Last but not Least - Festivities! 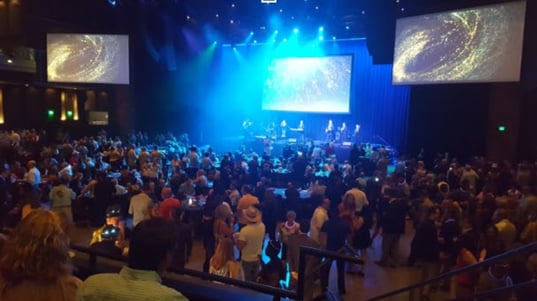 Lots of fun at the Chelsea Theater with dinner and dancing.

A few of the PhoenixET team decked out for the inner celebrity theme party! 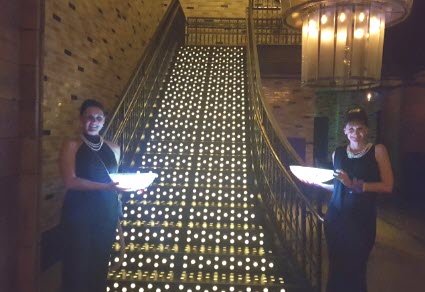 The INFAMOUS PhoenixET sponsored After Party in the Chelsea Theater VIP Lounge. Care to join us at the next one?

Hope to see you at the next EEI workshop!!